This week on Talk Recovery Radio Brianne Davis an author, podcast host and person in long term recovery from sex and love addiction joins us on Facebook live and Co-op Radio 100.5fm. 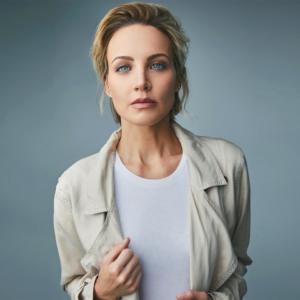 Whether lighting up the big screen or calling the shots behind the scene, actor, director, producer, and writer Brianne Davis is one of the most electric talents to storm Hollywood by force. She recently wrapped two seasons as series regular in History Channel’s “Six” and a role in the upcoming season of Netflix’s “Lucifer.”

Not only an actor, Brianne is also an accomplished director and producer. Thriving behind the camera, as much as in front, she has produced five films with her production company Give & Take Productions. She has directed two features: “The Night Visitor 2: Heather’s Story” and “Deadly Signal,” which premiered at the Sites Film Festival in Spain. Brianne is the co-creator of three female-driven TV Series, “Take Back The Night,” “Into Me You See” and “Secret Life.” She’s currently pitching them to networks with her producing partner/husband, Mark Gantt.

Brianne recently finished writing her first book, “Secret Life of a Hollywood Sex and Love Addict, a roman à clef novel based on a decade in recovery, and a little creative license. The book arrives in 2021. In March of 2020, she published an article for the HuffPost about her ten years of recovery from sex and love addiction.

She lives in Los Angeles with her husband, son Davis and their dog Bear.

The fellowship people attend who are Sex and Love addicts is Sex and Love Addicts Anonymous. Brianne has been sober in the fellowship for eleven and a half years, and she talks about what her bottom line looks like. Brianne said her sobriety depends on her staying above her bottom line, her bottom line is things she was doing before she got sober. Brianne was not allowed to cheat on her partner, she was not allowed to text email or talk to any men whatsoever, also get rid of all men in her life completely. Brianne says she would have to go to a restaurant and look down and not make eye contact with the waiter because what she did was put out a kind of energy to flirt with others, and to intrigue with her. Brianne would walk down the street and make sure people look at her and notice her as she wanted everyone’s attention she explains. 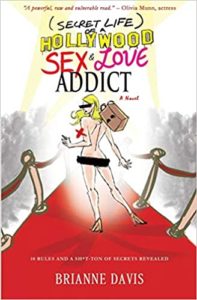 Imagine if Sex and the City’s Samantha was an addict and her drug of choice is MEN. Go on a hilarious, inspiring, and at times, shocking journey as Roxanne conquers her fears, changes her ways, gets closer to healthy relationships and embraces self-love a little more each day.

Roxanne’s odyssey of using sex and love—as destructive and beguiling as an alcoholic reaching for a bottle—is a veritable rollercoaster of ups and downs, laughter and tears, and a true testament to facing your absolute truth and conquering your fears. So take a front-row seat into this complex world of sexual addiction, love addiction and the transformational power of releasing your shame and living a sober life.

Secret Life of a Hollywood Sex & Love Addict has the vibrant, relatable vibe of chick lit, the soul-baring honesty of a memoir and the wisdom of a self-help book. In this unique roman à clef novel, Brianne Davis shares her own intimate experience with the transformational power of the twelve-steps, providing strength and hope for anyone who wants to change their life forever:

Brianne talks about her book “Secret Life of a Hollywood Sex and Love Addict” when she was asked why she wrote the book and why she wanted to write the book, Brianne responded by saying she was never planning on writing a book. Brianne did not want to break her anonymity and be a speaker and author but when she got to her 10-year sober mark she got this overwhelming feeling of being of service bigger than herself. Brianne’s husband found a writing class that he suggested she take, and Brianne was very close minded at first. After being suggested again and again to take the class Brianne finally did and ended up writing the first draft of the book in 45 days.

Brianne later wrote an article for the Huff Post and when it came out, she thought her acting career was going to be over because everyone would know she was a sex and love addict, but after the article came out, nothing happened. No one said anything and she realized how small she really was in this world and her sharing her story was not as big as a deal as she thought, and no one was going to judge her or she wont lose her job. Brianne explains one thing she did learn is that once she shared her story on a global stage, that last bit of shame she had went away, knowing her story is out there helping people.