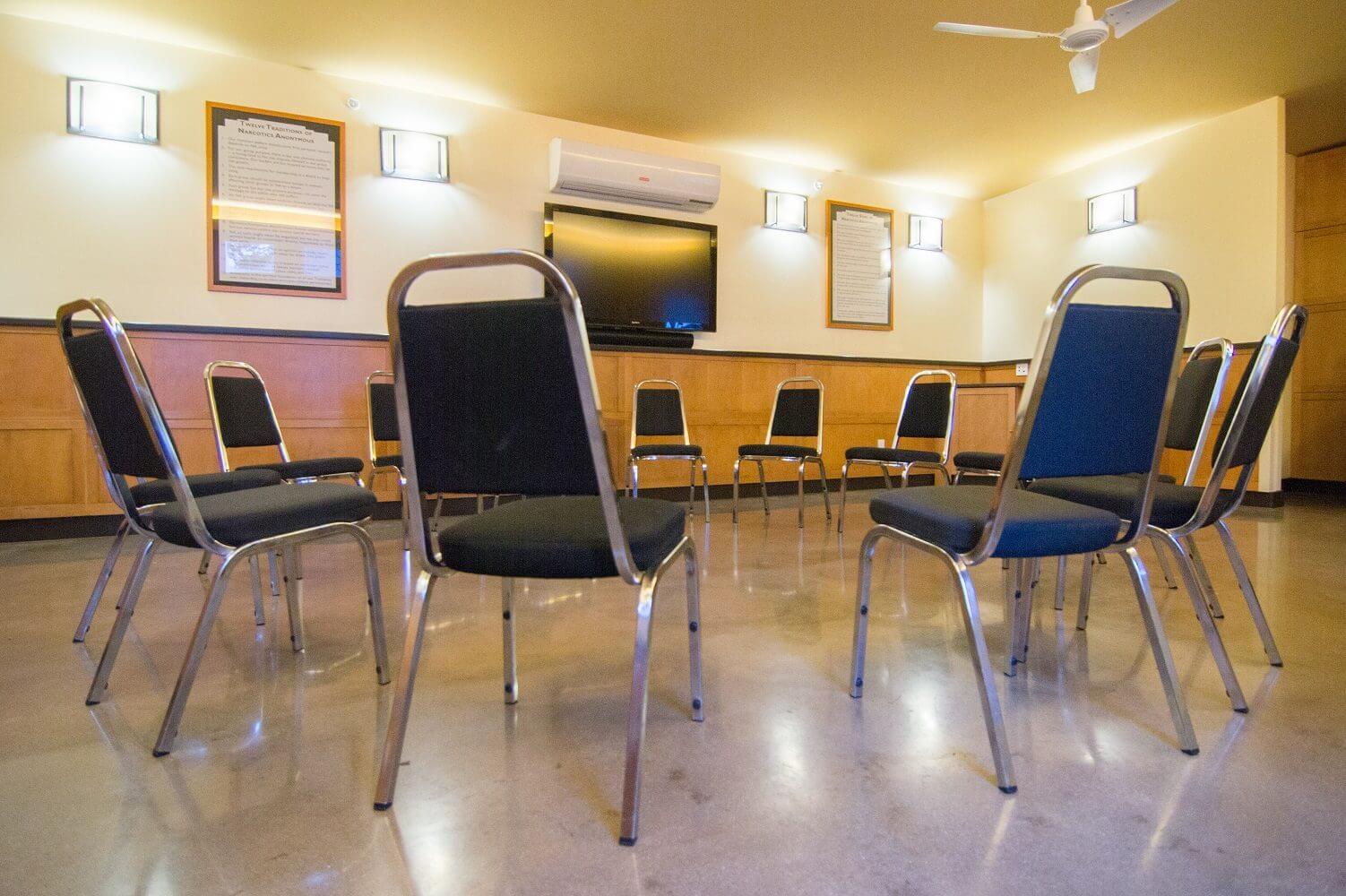 Are you addicted to video games & the internet?

Clients from across North America with video game and internet addiction participate in treatment at Last Door.

A twelve week didactic group that focuses on process addictions and the tendency to vacillate between substance and process addictions. This group focuses on recovery from gambling, media and internet addictions, by increasing awareness, building supports for abstinence and developing relapse prevention skills. Participants develop a peer support network and are introduced to community resources to assist them in making lasting changes.

Video Game and Internet Addiction is excessive or compulsive use of computer and/or video games that interferes with daily life. Instances have been reported in which users play or stay online compulsively, isolating themselves from other forms of social contact and focusing almost entirely on in-game achievements, social network status rather than broader life events.

There is no set diagnosis of these addictions, although it has recently been proposed for inclusion in the next version of the Diagnostic and Statistical Manual of Mental Disorders (DSM).

Excessive use of video games and computers may share some or all of the symptoms of drug addiction or other psychological/process addictions. Some people suffer serious loss of perspective by becoming more concerned with their interactions in a game than in their broader “real” lives. Players may gain or lose significant weight, terrible sleep patterns, play or go online at work or miss work, avoid phone calls from friends and/or lie about time spent on a game or computer. Relationships with family and friends and performance at work or school often suffers.

People we have worked with: their stories.

My name is Kurt A., and the Last Door saved my life.  I am writing this as a testimonial to the amazing experience I had in the four months that I spent there.  It is safe to say that I thought I would be the last person who would need to go to treatment a few short years ago.  I tell people that I was the kid that when a police officer came to his school and said, “Don’t do drugs”, I said, “OK.”  I have never had more than a beer’s worth of alcohol in my life, never tried any drugs, and not even had a puff on a cigarette.  My addiction was video games.  I have been playing games since I was about five years old, but it wasn’t until I was 17 and started experiencing severe depression that my hobby became a crutch to deal with my unbearable feelings. ….. to read more on Kurt overcoming his video game addiction click here

Nick: My addiction is based upon what I’m obsessed about and what I continue to compulsively do. So it’s like, it could be the gym, like, it could be videogames, basically it is whatever I am obsessed about.Graham: Ever since at a really young age, I would sit on the computer all day just not care about school work and never live up to my potential or anything like that. It sounded like this stuff affects like, relationships. It makes relationships unhealthy. It makes me unhealthy. I don’t do physical activity, I don’t shower, I only care about one thing. It brought to light just how bad my life actually was and how I can’t continue living that way.

I actually didn’t really know I had a problem. I had lost all my jobs, ripped off some friends, basically by the end of it I was just in my room just using all day and not really moving forward in life. My parents held an intervention for me and they said “hey, we need you to get some help or you’re not living with us anymore.” So I took that as a wakeup call. I saw my addictions doctor and he recommended the Last Door and I was in the next day. It has been awesome ever since.

Nick: Media Group is a group where you go and they teach you a bunch of things so you can become self-aware why you use media, the history of media, there’s a bunch of other things like relationships, and how they’re harmed through your use of media and also diet and nutrition and activities and hobbies. Things that you’d normally do when you aren’t sitting at a computer, right? So it’s all a big program of how to become aware of what you’re doing.

Graham: Gaining that self-awareness to just see like, it’s not just the drugs, it’s the behaviors that followed me no matter what I’m using. Always trying to escape and not having to take on responsibility, you really just have to monitor when it’s becoming overboard. Is there anything else in your life not getting done? Not showering, not hooking in with your family, your friends? It’s obviously becoming a problem again and you need to take a look at it.

Nick: I look at everything that could be affected by my media usage, that’s like one of the major things that I got out of. I have more fun things now, like I play hockey and play guitar again and I’m back at my old passions and it’s basically from my own awareness of going through Media Group. I never knew about 12 step programs or anything. It was basically full of drugs and crime. I got myself over to here in New Westminster and now I’m in the Last Door and doing good.

Graham: it’s open to anyone who wants to come and get help. I really recommend this, it’s been one of the best times in my life. I’m actually happy again and it’s a really awesome feeling.