Terrance grew up in Los Angeles and spent about 15 years working with an organized crime family and being addicted to crystal meth, heroine and crack just to escape the trauma of the lifestyle of crime and addiction Terrance was living. 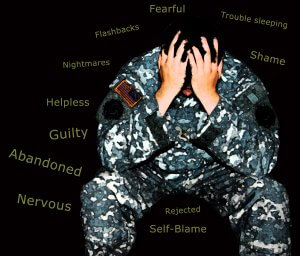 He is also the president of Camp My Way which is a wilderness therapy program in an all-natural environment. Camp My Way is run by generous sponsors and they have a go fund me campaign. The society just became a non-profit society, so they rely on the public’s help with donations if it is either money, their time, canoes, backpacks, safety equipment. If you have skills such as being a firefighter, yoga teacher you can come up and help others heal. Camp My Way has been around for three years with 57 campers successfully completing the program and they are looking to be a fully operational 30,60,90, 6 months or even a 1-year program. While you are at Camp My Way everything is natural, if you are looking to eat vegetables, you plant them and pick other plants later that day, if you want transportation you ride a horse, if you want a roof over your head you build it.

Terrance uses a breathing exercise every morning to center himself and “Check Self”. Breath in for five, out for five and repeat. It is easy to get distracted by social media when you are practicing this exercise, but Terrance uses this every morning and he feels much more calm and ready to start his day.

On opening day of the 2010 winter Olympics in Vancouver started there was an accident from a luge athlete who was killed on one of the warm up runs and Terrance responded to the accident and the athlete was dead when he got to him. Everything that Terrance grew up experiencing, all the trauma he experienced came back to him and once the Olympics were over, Terrance had his first suicide attempt. He went to see a doctor after his attempt and talked to the doctor about how he was confused, he said “I’m a fireman, I’ve changed my life around, volunteer ski patroller and a family”, the doctor responded by saying “I think you have PTSD”. Terrance was told he needed to see a psychologist, but she would not be available for two months, so he was prescribed medication for the meantime. Percocets, anti-Psychotics, and sleeping medications. Terrance started taking the medications and soon was taking 40 percocets a day and suddenly was addicted and did not want to see the psychologist anymore. Five years later Terrance lost his career of a firefighter, lost his family of 13 years and in and out of Vancouver’s harbor light detox. He got to a point where he felt like he had to escape the downtown east side. Terrance took off to go up to his cabin in the back country. On his way he was driving over the Lions Gate Bridge and stopped on the bridge as he was going to jump, his psychosis was so bad that he felt like people were telling him to jump, as Terrance says, “Luckily I was more afraid of heights than I was of Dying”. Eventually Terrance made it up to his cabin and he was in the middle of no where and he was 200km away from anyone human. Eventually he saw someone who helped him eat and survive.

For more information or to donate visit: http://campmyway.com

Followed by our 2nd guest, personal story with Marissa.