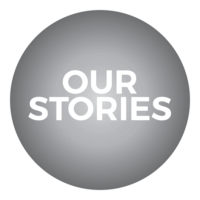 I am writing this as the mom of a “Door Boy” who arrived at the Last Door in February of 2014. My son, Kurt (25 at the time), voluntarily entered the Last Door program after struggling with depression and anxiety, which were spiraling out of control because of severe video game and media addiction.

Today, Kurt is 30 years old. He has just earned his 6-year-clean fob. Our family is “whole” again but for about 8 years (from the time Kurt was 17-25) we thought that we might lose Kurt for good. When Kurt was 19, he survived a serious suicide attempt and that helped him realize that maybe he was meant to live… but that realization did not last for long. He needed help but help evaded him until he got to Last Door, that is.

From the time that Kurt was born, he was an easy-peasy kid to raise. He followed the rules, was respectful, worked hard at everything he did. All his life, he had been a rule-follower, an over-achiever and he had stayed away from alcohol and drugs not because he looked down on others who did them but because these things were against the rules for athletes and Kurt always wanted to keep his athletic pledge and stay out of trouble.

As a teenager, Kurt went to parties like everyone else. He had many friends who used and he loved and accepted them. But as for himself? No way, Kurt was not going to break his pledge or get into trouble. Little did Kurt know that he was deluding himself — he was developing a digital addiction which would later derail him the same as any other substance or process addiction. Video games had supplanted his life. When he couldn’t play video games, he was constantly searching media and streaming video. The dopamine pushes Kurt got through video games and media lit up his brain and sent him into the cascade you all know so well … gotta game and then gotta game more or abject anxiety, sadness and rage ensues. The easy-peasy kid who was so patient and kind became a mean and inconsolable tyrant. Kurt hated himself and vacillated between being remorseful for his treatment of me, in particular, to hating me for getting between him and his precious gaming. Finally, I could take no more. Either Kurt had to move out or I would leave and go live with my sister leaving Kurt with his Dad. There really was no other option. But before I gave Kurt this ultimatum, I spent weeks on the internet looking for a program that would take Kurt and actually teach him the coping skills and replacement behaviors he would need to break the bonds of addiction. Seven years of counselor therapy did not work; Kurt had his counselors convinced that he had a handle on his “passion” and they just thought he needed to grow up. Medications did not do it either. I knew that he had full-blown addiction (coming from a family with many) but nobody would listen to me … until I called Vince.

Desperate to give Kurt an option before I left or kicked him out in 2014, I stumbled upon the webpage for the Last Door. There was a video on media addiction and it hit me right in the heart. “That is my son,” I thought. The 2 young men talked about how their lives were impacted by digital addiction. I called Vince and talked to him at length. By the time I had called the Last Door, I had spent weeks calling treatments centers all over the US. I had gotten the impression that many were just interested in the money, almost “boiler room operations” in which the salespeople on the phone were trying to sell me on their resort environment. None had very much to say about video game or media addiction. Video game addiction does not qualify for insurance coverage so whatever I found was going to be an out of pocket expense that would dig into our retirement accounts. We were willing to take that risk, but not until I talked to someone whom I felt really was on a mission to treat addiction and mental illness and not just make a business on human misery. Vince was that person. After an hour on the phone with Vince, I knew that I had the right place and I told Kurt about the Last Door Addiction Treatment program, that he would be with 50 brothers for 4 months as it takes 4 months to truly break a habit. Kurt was so miserable; he was willing to try anything and he reluctantly accepted the offer to go 2000 miles to Last Door. Little did Kurt know this trip would restart his “life-clock” and give him a totally different perspective for living.

Once Kurt got to Last Door in 2014, he did his best to do what was suggested by the Last Door and the NA program. He got a sponsor and had a sponsee, worked 12 steps in four months, got a home group, went to meetings, and attended the “media class” offered by the Last Door. Kurt also attempted to try some new experiences, requesting to work in the kitchen to learn how to cook, and another member even took him fly fishing. Before coming to New West, Kurt was totally closed-minded and afraid to leave that comfortable misery of active addiction and his interest range was too narrow for a fulfilling life. But the gift of desperation and seeing the genuine serenity and happiness in the people who embraced recovery finally made him willing to try a new way of living.

Upon returning home from Last Door in May, 2014, Kurt applied for a student loan and also applied to get his teacher’s license to teach high school math. He worked hard to get certified and then applied for his first teaching job in a high school that was a 2.5 hour drive from our home. He was finally ready to leave the nest for good and he did it! In his new town, Kurt quickly looked up the local NA chapter. He was in a new town with no friends and starting a very stressful job as a new high school teacher. The NA group was just what he needed. I think the main thing is that the NA group was the closest thing that he had to the nurturing but “tough love” atmosphere of Last Door. Kurt finally had some confidence back but would that confidence stay put when faced with the high expectations of students, parents and administrators? Would the kids eat him alive as a new teacher?

After treatment and moving on in life

Not only was Kurt successful as a new teacher, his students saw in him a confident person with a lot of empathy. Kids know true strength, humility and integrity and Kurt, finally, had all 3 of those. Kurt became an advocate to disenfranchised and depressed students and before long, even kids who hated math shared that they liked going to Kurt’s math class. Kurt finally knew what it was like to deliver service from the heart. He began to love teaching and he was asked to be a lead in a program for economically disadvantaged students to give them a boost for getting into college. This past December, Kurt achieved his Master’s degree in education. With that Master’s degree came a principal’s license which Kurt said he may never use because he loves teaching so much. How far he has come from not having the confidence to fill out a job application at 19 — a skill Kurt had at 14 which resulted in a job but which was lost due to the low confidence that attends addiction. How contented he is with his own life now, largely as a result of giving to others which started with the Last Door.

With 6 years of sobriety under his belt, Kurt is busy with his local NA doing service as treasurer of both his home group and area. Even while working full-time as a teacher and going to grad school, Kurt was and is able to make an average of three NA meetings a week. He knows that he needs to stay connected to the program which saved his life. Even today, when Kurt is in a rough patch, he reviews steps and has fellowship with others in his local recovery community. He is now ever mindful of his health and his relationships and I thank my lucky stars that Vince took my call that cold January day in 2014. We will always be thankful for the LD staff, especially Vince, David, Danny, and Jared for all they did to give me back my tender-hearted, hard-working, honest son.

Thank you and I wish you peace in the knowledge that, because of you, others have breathed easier.

Kurt’s Alumni of the Month Story 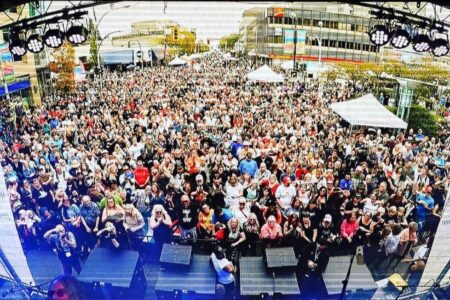 Recovery Day BC: Celebrating a Proud and Strong Community 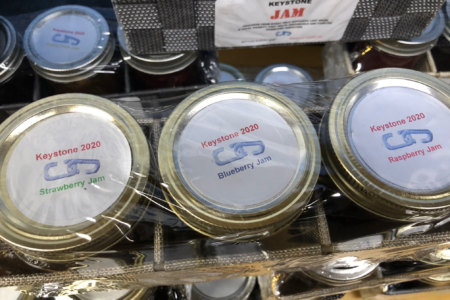