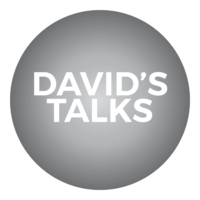 A series of talks on addiction, treatment and recovery

David Pavlus is the founder and former Executive Director of Last Door Recovery Society,  with over 35 years of addiction treatment experience.  David recently celebrated 36 years in recovery, these are his legacy talks, a series on addiction treatment and recovery.

I was listening to a talk that Martin Luther King did. Because stigma is a big issue right now, it’s on TV, it’s in the media. There’s a big push. Our recovery language is being hijacked. And Martin Luther King was speaking about stigma. And the stigma was back then was about being black. And he was telling people to be proud of your heritage, your race, your color, be proud of yourself. And really, the conversation was about what it’s going to take to succeed in the world. And he said one of the most important things is, is not just dignity, but the dignity that you feel for yourself. And, you know, you think about where do you get dignity?

In the beginning, you get it from your family. You watch your mom and dad, in your community, different teachers. A lot of people, they been affected by teachers and coaches.

When I first meet them, they talk about using women with pride and they talk about rejecting their family. All this gets challenged in the beginning of recovery. And I tell you right now, in all the years I’ve been doing this, 35 years, no one has ever come up to me and thanked me for taking it easy on him. Hey, man, you really took it easy on me. I want to thank you for that.

The beginning of addiction recovery can be rough because you’re sick and you’re insane and you’re angry and your defects are huge and they’re running your life.

In recovery we create an environment that’s as positive as we can make it an environment where, you know, when you eat dinner, you can appreciate the dinner. You can participate and help cook it. You know, you get to clean up afterwards. One of our philosophies became “the house don’t run if the dishes ain’t done”

The next thing you know, you see a guy, a new guy washing the dishes and he’s smashing the dishes while he’s washing them because he’s angry and living in defects and probably has never washed dishes in his life. You know, like me, I would pay people to wash dishes. I’d be proud of it. I’d never wash a dish. I’d throw in the garbage first. You know what I mean? And you think about that idea where that moved me to in my life, a position of irresponsibility and insanity. And again, even in my own life, almost proud. So there’s that influence out there

Adding Dignity to the Stigma Conversation

Adding dignity to the stigma and addiction narrative.

David P celebrated 36 years clean this year, is the founder of Last Door Recovery Society, an addiction treatment centre for youth, adults and families. Thousands have healed from the harms of addiction over 3 decades. 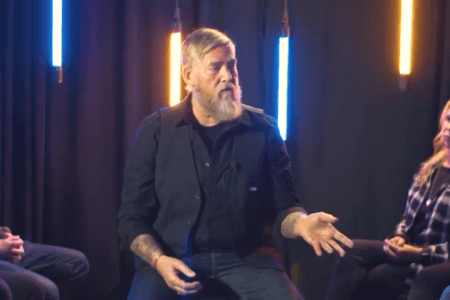 David’s Talk #3 Addiction in the Family 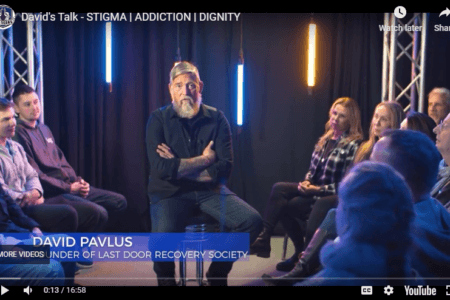