Bobby’s story –  Bobby works at Hope For Freedom Society in Port Coquitlam, a nonprofit Narcotics Anonymous 12-step program based organization for both men and women.  Addiction Treatment services are located in Mission and Maple Ridge British Columbia.  Bobby has been working with Hope for Freedom now over 6 years.

He has created an an event that’s a hub for addicts to come, they have have an Outreach team at Hope For Freedom Society that can hook guys up with mental health and Ministry and get them funding for housing … Bobby believes that long-term treatment needs to happen before any of the other option is presented to them.  Since Hope for Freedom is a non-profit, he is trying to raise money for the facility so that they can expand and reach out to more people.  He believes in the program because it saved his life it’s saved many lives.  It’s the reason why he works there.

This event is all about just getting guys in so that we can share their addiction recovery stories with each other and show them that there’s a life worth living and hopefully Inspire them to want to make a change and give up the fight and find recovery.

Bobby is a barber at Ramis Cut –  a popular Barber Shop, they are hosting events to help connect people to recovery.

Bobby works at Hope for Freedom Society which is a 12 step Christian based treatment center that has a multiple house in Mission, Maple Ridge and Port Coquitlam and has tapering programs from opiate replacement therapy. Bobby is also a barber at Rami’s cuts in Port Coquitlam where he has been a professional barber for 9 years. Bobby is a part of a committee that is doing fundraisers by giving free haircuts to people in Maple Ridge.

Bobby said that he does the fundraiser because he heard from someone before a common tagline in a 12 step program that says “You only keep what you have by giving it away”. He enjoys showing people they are worth it and love them until they can love themselves. They will be having an event on 222nd Street and Lougheed in Maple Ridge at Maple Ridge Baptist Church which does not have a date yet.

When Bobby showed up to hope for Freedom Society he was an atheist and he was a miserable angry man he described himself as. Bobby’s father dropped him off in Port Coquitlam all the way from Cranbrook and said to him “We cant do this anymore you need to figure this out on your own now”. He was 27 at the time.

Bobby talks about how big of a problem addiction is in Maple Ridge and how some of the front entrances to buildings look just like the downtown eastside. Bobby mentions that he believes housing addicts is not the best way to go there are more problems than just their addiction that needs to be addressed or recovery is not possible. When asked about what he thinks about Dr. Sutherland’s statement saying every opiate addict needs to be on suboxone or methadone or else they will die, Bobby said he does not agree and having a great life substance free and medication free is possible if that is what you want to attain.
Bobby says how he acted when he was using and in active addiction, stealing cars and money from his families, full of manipulation and lies. Bobby describes himself as “a hardcore angry addict who has jails institutions and sexual abuse as a child in the past”

If someone wants to help with Bobby’s project they can participate when the date is announced in maple ridge, hand out free pizza water and Bobby will be giving out free haircuts.

Amy is joining us to tell her story of overcoming addiction.

Amy was using cocaine and pills when she was in her active addiction and it turned into a heroine addiction. Amy said that she used pills for 2 or 3 years until she was in full active addiction and crossing all the morals she was taught as a kid. When Amy was using she still had a place to live and still had a job and she did not think she needed help because she was not a homeless person downtown who looked like a fall down addict. Amy said that her rock bottom was when she was living in a hotel room that she did not love and as she said “was beginning to hate”. She speaks about how abuse is a part of her story and she knew she had to get out of it or else she was going to die.

Amy said when she reached out for help it was early in the morning and she had just suffered from traumatic abuse. Amy said it was more the abuse she suffered from that made her reach out for help than the drug abuse. Amy searched for treatment centers and found a Christian based center that she said was not going to work for her and eventually found a place that she could see herself going to and it was called Westminster House Society. She said she did a walk through first and said that she saw the warmth and kindness and unity. from the other people there and the staff at Westminster House.

Amy said today her life is “freeing” and she knows everyday she can make a decision on what she wants to do with her life and she enjoys staying clean everyday. 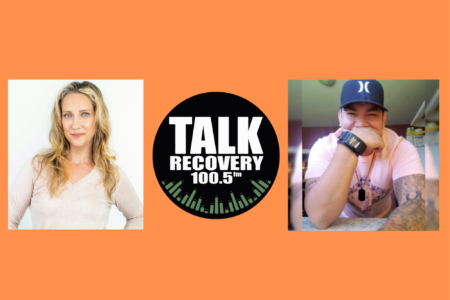