This week on Talk Recovery Radio we welcome Colleen Allan to the show, Colleen is the executive director of St. Raphael Wellness Centre and has been teaching a course about Gender Differences of Alcohol Effects on Women for many years now. Colleen is joined by two women who will share their story of recovery with us as well. 3 guests one full hour on Talk Recovery Radio, catch it all on our Facebook page LIVE noon-1pm PST every Thursday or on Co-op Radio 100.5fm. 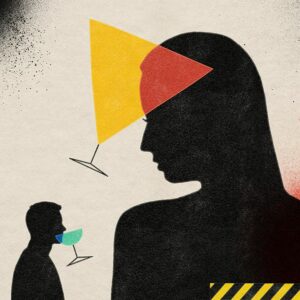 There has been widespread acceptance by the scientific community of alcohol’s effect on women, particularly the vulnerability of developing breast cancer, and the highest risk of reoccurrence, for women who have been diagnosed with breast cancer.  Despite the fact that it is well documented in the literature and has been reported in two expose’s two years running by the CBC’s National News, there seems to be no recognition that women should be given this information.  It has been recommended that warning labels similar to those on cigarette packages that have been instituted by some European countries.

Gender Roles are socially created behaviors assigned differentially to women and men based on socially created expectations for masculine and feminine behavior.  The acceptable assigned behaviors vary from society to society and cultural norms which people are evaluated on and construct their gender identity according to the strictures of general role stereotypes.  The socialization process grooms each gender group to behave in clearly differentiated ways. Traditional stereotypes often take generations to change – and vary from one historical period to another.  What is acceptable behavior for each gender changes as environmental contexts evolve.  For instance societal and familial expectations of what constitutes a women’s role as mother and wife, and a males role of father and husband have changed exponentially in the past three decades particularly in North America and continues to evolve in all societies  and cultures.

The relative roles and position (statuses) of women and men in society, their different responsibilities and privileges, and their unequal control over societal resources point to a major power difference between them.  Once such social arrangements are established, those who have been accustomed to the greater privileges and power find it both natural and imperative to defend the status quo.  It is “natural” that those who benefit the most from the dominant position, and believe they deserve it will go to ambitious ends to retain and guard it.

Both men and women are often reluctant to challenge and confront individuals and institutions who clearly hold the power.  Even though stereotypes are constantly challenged, the majority of men and women remain locked into central aspects of traditional role definitions.  The concept of androgyny even if modelled by parents in the home is often lost in school, the social system and in the media.

Problem drinking started at about 30 years old and progressed full on alcohol dependency at 35.

September, 2019, I was hospitalized with acute liver failure and cellulitis. I was given approximately 6 months to live without a liver transplant, but once the alcohol consumption stopped, my health gradually improved to the point where I am no longer in need of a liver transplant.

I did, however suffer long term effects from the alcohol. I have moderate to severe alcoholic neuropathy in my feet and legs that make both standing or sitting for any extended period of time a problem. This is a marked improvement from three years ago, however, as initially, I was unable to walk without a walker or get up or down without assistance.

I am also now peri-menopausal which takes away any option of having children.

My name is Taylor, I was diagnosed with end stage liver cirrhosis at the age of 28 in 2019.

I had never heard of cirrhosis before, I knew alcohol from an early age wasn’t “good” for you and had plenty of talks growing up about how bad smoking, drugs, pills, etc. are but never really alcohol. Alcohol always seemed normal to me, it’s all around you. Especially these days, I find it’s around everywhere. I see it in nail salons, hair salons, weird places you wouldn’t normally see it.

When I was diagnosed, it was explained to me and my parents from what I can remember, but I didn’t really have a guide on how to handle what was happening to me.

I remember just being really confused and didn’t really know what to do with it all, or cared really at that point, that’s where my brain was at.  I was confused, scared, lost.

When I was at my worst with my battle with cirrhosis, I had every symptom possible on the list when you google it, except for the coma part, and coming back out of the hospital and into reality was really hard for me. I was using alcohol to escape from trauma, and to protect myself from a lot of things from my past. I didn’t know what to do with all of this, that’s when my auntie just took me to SRWC one day, and without knowing it was going to happen, as the more I attended, the better I started to slowly feel.

They gave me a place to go when I didn’t think anyone else would understand what I was going through, I felt safe there immediately. I started doing 1:1 sessions with a counselor and when I got confident enough, which was something they also helped me build, because I had zero when I walked in those doors, I started to attend group sessions. I felt accepted by the other women in my group, I felt accepted by my counselors, and everyone else that worked at SRWC.

Months into my counseling, more intense things continued to happen with my physical health, due to cirrhosis, as well as my mental.  I had got a call from my hepatologist (my liver specialist) and she told me that my latest MRI and blood work had come back, and my cirrhosis had developed small cancerous tumors on my liver which could spread to the rest of my body called HCC, Hepatocellular Carcinoma. Again, that was not something I was expecting, that you could develop cancer from a disease that you had already got from drinking.

With the support of my group, and SRWC as a whole, it made things easier for me to comprehend and sort out better and talk through. I think the biggest thing that helped me at SRWC was the fact I felt heard, I didn’t feel like I was just talking to people who were just doing their jobs, I felt like everyone genuinely cared, which makes all the difference.

With the support of my loved ones, everyone at SRWC, I received a full liver transplant from my living donor May.19th, 2021 at Toronto at the Toronto General Hospital. My living donor wishes to remain anonymous, but there will never be words, or feelings to describe my gratitude to them.

I am one year and a bit post transplant, have been sober for about 3 years now, I am cirrhosis and cancer free, and I have a love for myself, and my life that I didn’t have before this entire experience and SRWC has a huge roll to play in my success today.