This past Thursday we had Vancouver Psychiatrist Dr. William Hay on air discussing his thoughts about the Downtown Eastside and how Vancouver’s Harm Reduction approach is not inline with the World Health Organization’s mandate for ‪#‎HarmReduction‬ and is failing as a system of healthcare. 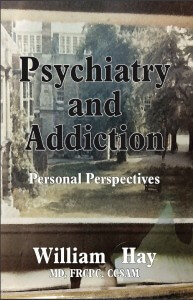 Dr. Hay who has an office in the Downtown Eastside claims there’s too many financial rewards for doctors to keep patients high and sick, then for their patients to get clean and sober. He claims that the College of Physicians ethics have lost touch with the patient’s needs and focuses more on society’s needs, going against a doctors oath. He spoke about an increase of gag orders being placed on doctors when they speak out about the DTES and encourages more whistle blowers to come forward. He says “Did you know that there is not one proven case in Canada of Hepatitis C being transmitted by crack pipes and no scientific evidence that it’s even possible, yet tax payers are paying for free pipes on the false information that free crack pipes prevents diseases.”

All we can say is…. It was quite the show.. many people called the studio and complained about Dr. Hay’s comments

A meeting was held with the co-hosts and the station manager and we discussed how it’s an interesting world, no one called to complain that Dr. Dodes said AA and Treatment kills people and no called when we talked about how the SALOME TRIALS legally imported heroin into Canada and spent millions on security needed to house the heroin in a military style safe in Ottawa .. but people called in because a doctor with practical experience in the ‪#‎DTES‬ had something to say that isn’t inline with the status quo.

Recovery and addiction is a conversation that needs individual conversations patient to patient. We’re here to give all sides a voice.