Talk Recovery Radio airs live every Thursday on 100.5 fm in Vancouver from 12 pm to 1 pm, hundreds of shows over 6 years.  Bringing addiction recovery issues to the airways. Powered by #NewWestRecovery

Mike Diamond, author of the 7 Steps to an Unbreakable Mindset

Television Personality, Director, Life Coach, and Interventionist. Known for his work on the hit TV shows NY Ink and Bondi Ink Tattoo Crew and author of the 7 Steps to an Unbreakable Mindset 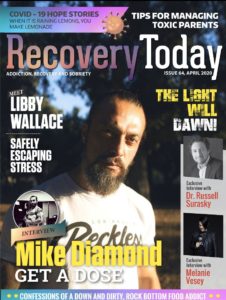 Originally from Perth, Western Australia, Mike got off to a bit of a rough start. Battling undiagnosed dyslexia, he started using drugs and alcohol at age 12. At age 16, he was expelled for Aquinas College and finished at Melville H.S. Immediately after graduation, Mike moved to Sydney and enrolled at the Actors Center. He got a job at a local clothing store which, unbeknownst to him at the time, would change his life forever. Lady Luck was on Mike’s side when a customer at the store handed him a Green Card Lottery ticket.

More info https://themikediamond.com/ and tune into the show.

Dr. Nancy Campbell on Naloxone and the Politics of Overdose

OD: Naloxone and the Politics of Overdose 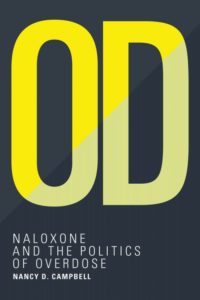 For years, drug overdose was unmentionable in polite society. OD was understood to be something that took place in dark alleys—an ugly death awaiting social deviants—neither scientifically nor clinically interesting. But over the last several years, overdose prevention has become the unlikely object of a social movement, powered by the miracle drug naloxone. In OD, Nancy Campbell charts the emergence of naloxone as a technological fix for overdose and describes the remaking of overdose into an experience recognized as common, predictable, patterned—and, above all, preventable. Naloxone, which made resuscitation, rescue, and “reversal” after an overdose possible, became a tool for shifting law, policy, clinical medicine, and science toward harm reduction. Liberated from emergency room protocols and distributed in take-home kits to non-medical professionals, it also became a tool of empowerment.

After recounting the prehistory of naloxone—the early treatment of OD as a problem of poisoning, the development of nalorphine (naloxone’s predecessor), the idea of “reanimatology”—Campbell describes how naloxone emerged as a tool of harm reduction. She reports on naloxone use in far-flung locations that include post-Thatcherite Britain, rural New Mexico, and cities and towns in Massachusetts. Drawing on interviews with approximately sixty advocates, drug users, former users, friends, families, witnesses, clinicians, and scientists—whom she calls the “protagonists” of her story—Campbell tells a story of saving lives amid the complex, difficult conditions of an unfolding unnatural disaster. More on the book