With your help, we can continue to help those affected by the impacts of addiction
in their lives and the lives of their families.

If you have any questions, please contact Matt at matt@lastdoor.org.

Or scan this QR Code and use your phone to donate Bitcoin Cash anonymously: 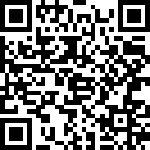 What is Bitcoin Cash?

Bitcoin Cash is peer-to-peer electronic cash for the Internet. It is fully decentralized, with no central bank and requires no trusted third parties to operate.

Is Bitcoin Cash different from ‘Bitcoin’?

Yes. Bitcoin Cash is the continuation of the Bitcoin project as peer-to-peer digital cash. It is a fork of the Bitcoin blockchain ledger, with upgraded consensus rules that allow it to grow and scale.

How is transaction replay being handled between the new and the old blockchain?

Why was a fork necessary to create Bitcoin Cash?

The legacy Bitcoin code had a maximum limit of 1MB of data per block, or about 3 transactions per second. Although technically simple to raise this limit, the community could not reach a consensus, even after years of debate.

Was the 1 MB block size limit causing problems for Bitcoin?

Yes, in 2017, capacity hit the ‘invisible wall’. Fees skyrocketed, and Bitcoin became unreliable, with some users unable to get their transactions confirmed, even after days of waiting.

Bitcoin’s market price has increased, but its growth and usefulness as a currency has stagnated. Many users, merchants, businesses and even investors left Bitcoin for alternatives, causing its dominance to fall from 95% to as low as 40%.

Does Bitcoin Cash fix these problems?

Yes.
Bitcoin Cash immediately raised the block size limit to 8MB as part of a massive on-chain scaling approach. There is ample capacity for everyone’s transactions.

Low fees and fast confirmations have returned with Bitcoin Cash. The network is growing again. Users, merchants, businesses, and investors are building the future with real peer to peer cash.

Why didn’t Bitcoin raise the block size if it was easy?

Some of the developers did not understand and agree with the original vision of peer-to-peer electronic cash that Satoshi Nakamoto had created. Instead, they preferred Bitcoin become a settlement layer.

Many miners and users trusted these developers, while others recognized that they were leading the community down a different road than expected.

These two very different visions for Bitcoin are largely incompatible, which led to the community divide.

Didn’t SegWit increase the block capacity? Will Bitcoin Cash ever have Segwit?

Segregated Witness or “SegWit” is an unacceptable substitute for increasing the blocksize for several reasons.

First, even if used in 100% of transactions, the increase would equate to 1.7MB blocks. Thus, it is a small capacity increase at best. It will not handle exponential growth or worldwide
usage. Second, the soft fork implementation results in discardable signatures, which weakens Bitcoin’s security model. Third, it makes future capacity increases more difficult due to bandwidth inefficiency and quadratic hashing attacks which SegWit doesn’t solve since an attacker isn’t forced to use it.

For those (and other) reasons, Bitcoin Cash was necessary as a pre-SegWit fork. Segwit will not be adopted.

Which Development Team is In Charge of Bitcoin Cash?

Unlike the previous situation in Bitcoin, there is no one single development team for Bitcoin Cash. There are now multiple independent teams of developers.

What is the ticker symbol for Bitcoin Cash?

Bitcoin Cash is usually represented by the ticker symbol BCH.